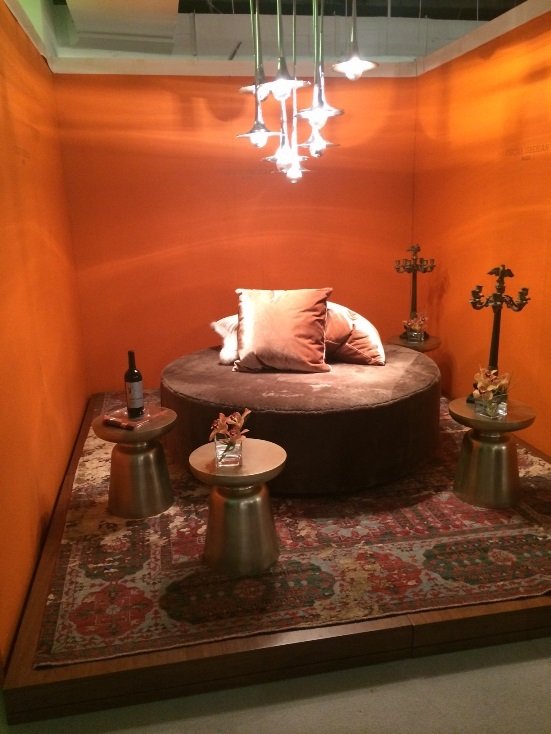 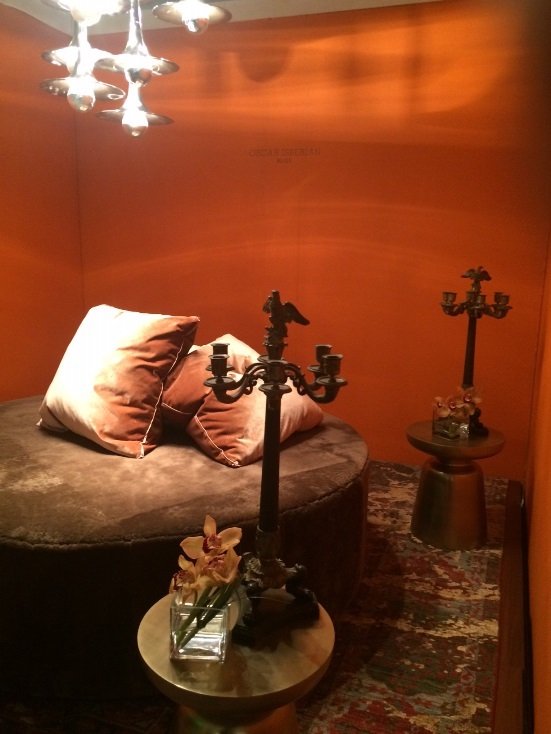 Oscar Isberian Rugs is a proud sponsor of Dining by Design 2014, November 6-8, at Chicago’s Merchandise Mart. The gala is put on by the Chicago chapter of Design Industries Foundation Fighting AIDS (DIFFA). Notable interior designers from the Chicago area each designed and furnished their own fantasy dining environments without any restrictions. The event was a feast for the eyes with settings for any taste ― from the controlled and extravagant to the sublimely playful and thought provoking.

Oscar Isberian Rugs worked closely with designer Jeanne Michaels in creating a club-like atmosphere focusing on comfort and conversation rather than what?s on the table. A spectacular, mid-century French chandelier fashioned from a hanging set of metal trumpets was provided by Golden Triangle. Center stage was an ottoman covered with Argentinian shearling from Oscar Isberian Rugs. Also from Isberian, a spectacular handmade Turkish rug grounding the entire room. The wool and silk weave from the award-winning Erased Heritage Collection by Jan Kath is inspired by traditional carpets, but masterfully reinterpreted into a thoroughly modern heirloom.

Jeanne Michaels and Patrick Zubrod artfully pulled all this together in elegantly sleek style. The epitome of luxury, even the choice of wall color evokes Hermès boxes.